The pivotal point is the designated point on the pattern that is used as a basis for the slash and spread method and the pivot method. The pivot point on 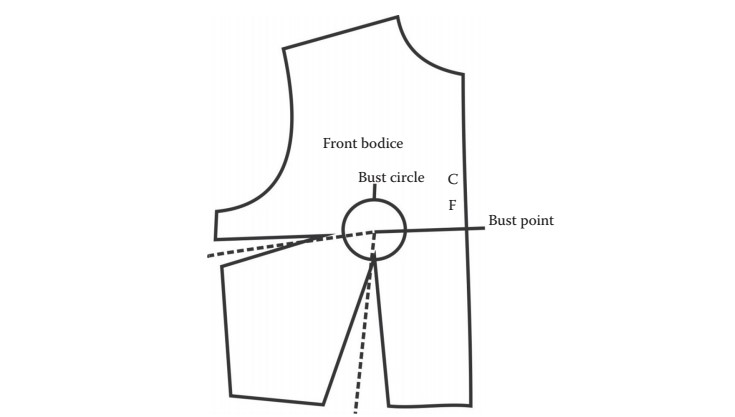 Front bodice with the bust circle.

Front Bodice. The example of shifting of the waistline dart to the neckline dart using the pivot point method is shown in Figure 2.12. 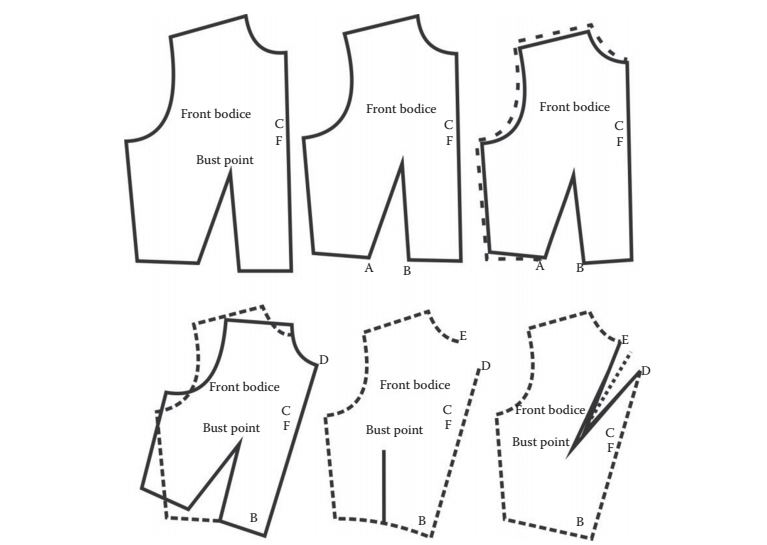 Back Bodice. The back bodice has two darts, namely, shoulder dart and the waistline dart. The shoulder dart is often used in creating new designs at the back (Cooklin 1999; Crawford 2005; Carr and Latham 2006; Gupta et al. 2006). The steps followed are shown in Figure 2.13.

• Take the back bodice block with the pivot points located on it. • Mark the dart legs as AB and CD as shown in Figure 2.13.

• Mark the location of the new dart E on the neckline.

• Starting from point E, trace the pattern toward the centre back, then to the waistline.

Trace the dart AB at the waistline and proceed to tracing the side seam, armhole and the shoulder until point D as shown in the figure. The dotted line shows the traced pattern. 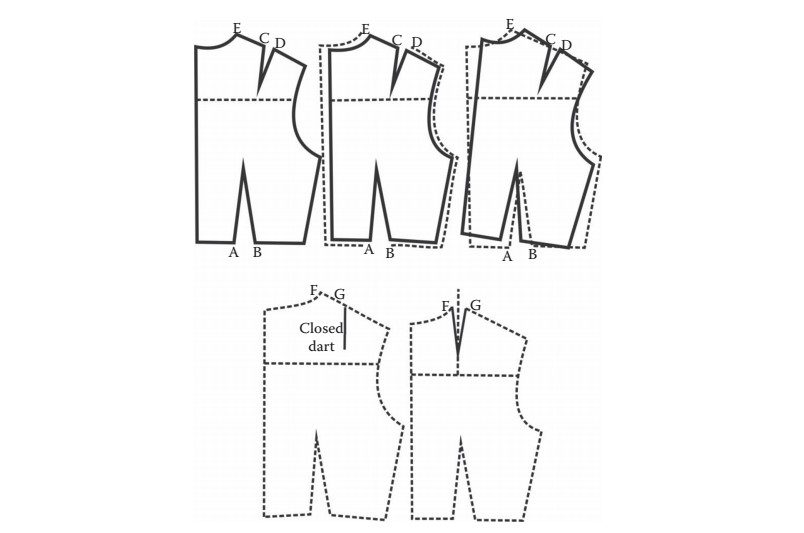